Almost every iPod in history, the Mac G4 Cube and historic merchandising: Apple's incredible collection in a Coruña home

These devices are joined by Apple merchandising objects, ranging from an old mug with the Apple logo to two cushions from the end of the 1985 Superbowl, sponsored by Apple and with its logo on the front. He bought them on eBay from a woman in the United States who had kept them at home for decades. And many magazines with covers dedicated to Steve Jobs. 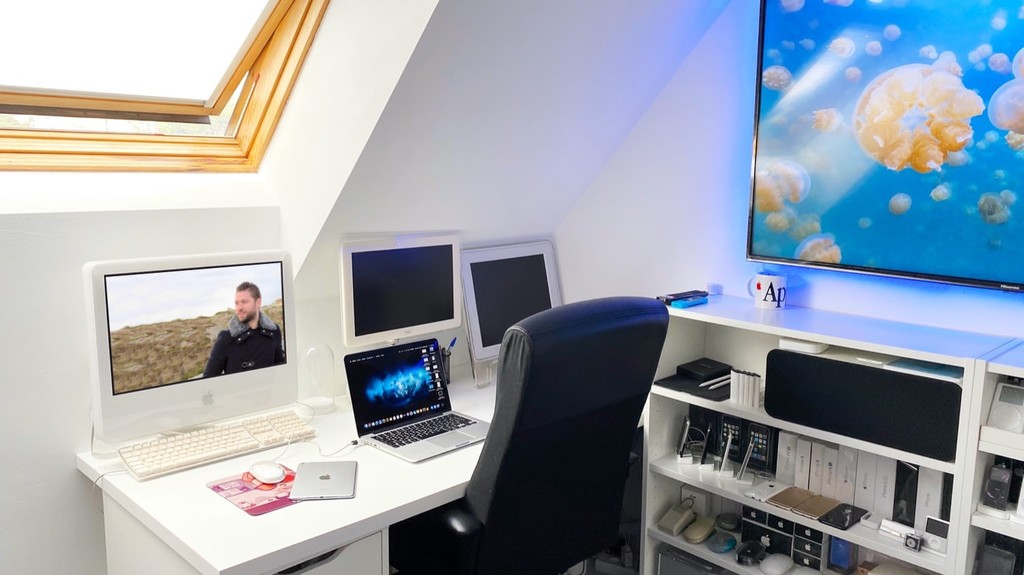 When he was 19 years old, in 2005, Gael Iglesias bought his first Apple product, an iPod nano. She wasn't looking specifically for an iPod, she just wanted a portable MP3 player, and she liked the design of the Apple product. For three years, she used that iPod and didn't think about it anymore. In 2008 he discovered the original iPhone, which was never sold in Spain, coincidentally reading Applesfera, and from then on that little obsession began.His next purchases were an iPhone 3G and an iPad 2. In 2012 came a MacBook Pro and an iPod Video. The ecosystem was completed with an Apple TV. And after closing that circle, he started a collection that already goes through hundreds of devices, exhibited in his house in A Coruña like an improvised museum.A collection that exceeds 100 objects, and risingAs in many patriarchs and matriarchs in their homes on the technological question, their iPhones were passed from hand to hand in their family until they became too obsolete. And at that time, after about 6 years on average, to the collection. A collection that started as such with the purchase of several iPod Classic.


"That iPod Classic caught my attention because of their design, out of nostalgia, and I bought the '(RED) Edition' by U2. From then on, I was investigating and buying more and more products," he explains to Applesfera via FaceTime surrounded by shelves full of vintage products. The editor wipes a tear and keeps asking about that wonder. "The devices that I buy new, to use them, I take good care of them and of course I do not sell or throw them away, I keep them with their box and add them to the collection when I no longer use them." 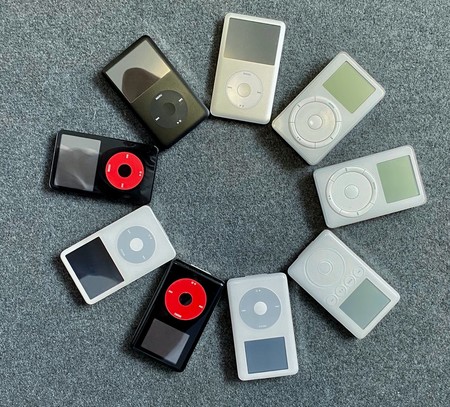 His favorite devices are iPods, and he has all models of all generations, except for the sixth and seventh-generation iPod Touches for a matter of price. The rest has been accumulating during these five years.For Macs, by several models (Apple has been launching between 2 and 25 models per year for 40 years) and prices, it has focused on acquiring a selection of them, not all of them. For example, he wanted a 17-inch iMac G4 - " nightlight " - but he had the 15-inch one. When he found the 17-inch one, he sold the small one. Screen." I focus mainly on iconic devices. I have the Mac G4 Cube and a G5 which is the last PowerMac that came with PowerPC. Or the" light bulb ". I am also looking for a G3, the colored one, but in its Flower Power version, with patterned flowers, which is very very difficult to find. They have offered me the normal versions, but I want the other one, which is very rare. "

The iPhone also has almost all of them, and the few that are missing, such as the 8 or the XS, will buy them later when their price plummets. A curve that has also been studied: " Apple products suffer a depreciation curve, and then, if they remain functional, they will revalue again. This happened more before when the devices were sold much less. For example, the first iPod sold a million units. From there, remove the ones that have gone to the trash, the broken ones, etc. The one I have is more valuable now than when it was sold new in stores. "
These devices are joined by Apple merchandising objects, ranging from an old mug with the Apple logo to two cushions from the end of the 1985 Superbowl, sponsored by Apple and with its logo on the front. He bought them on eBay from a woman in the United States who had kept them at home for decades. And many magazines with covers dedicated to Steve Jobs. 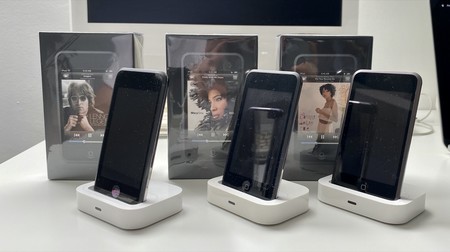 Your next targets, if you find them, are the aforementioned G3 Flower Power and the 1984 Macintosh 128K or 512K. "And a little more". Taking a look at your home is like taking a tour of Apple's past decades. Even some already vintage devices, like the iPod Hi-Fi, have a presence in it: it has three of them, connected to an AirPort Express to get AirPlay 2 and use them as part of the home sound system. And they're not alone: ​​Gael also has four HomePods and four Apple TVs.
"Lk Techsky is Expertise in covering technology news, reviews, producing quality tech videos, graphic designing, VFX editing, and more..." facebookinstagramlinkedin