Google Maps will warn you of fires in real-time

Google Maps continues to improve and introduces a function that will warn you about fires in real-time showing their location and roadblocks. 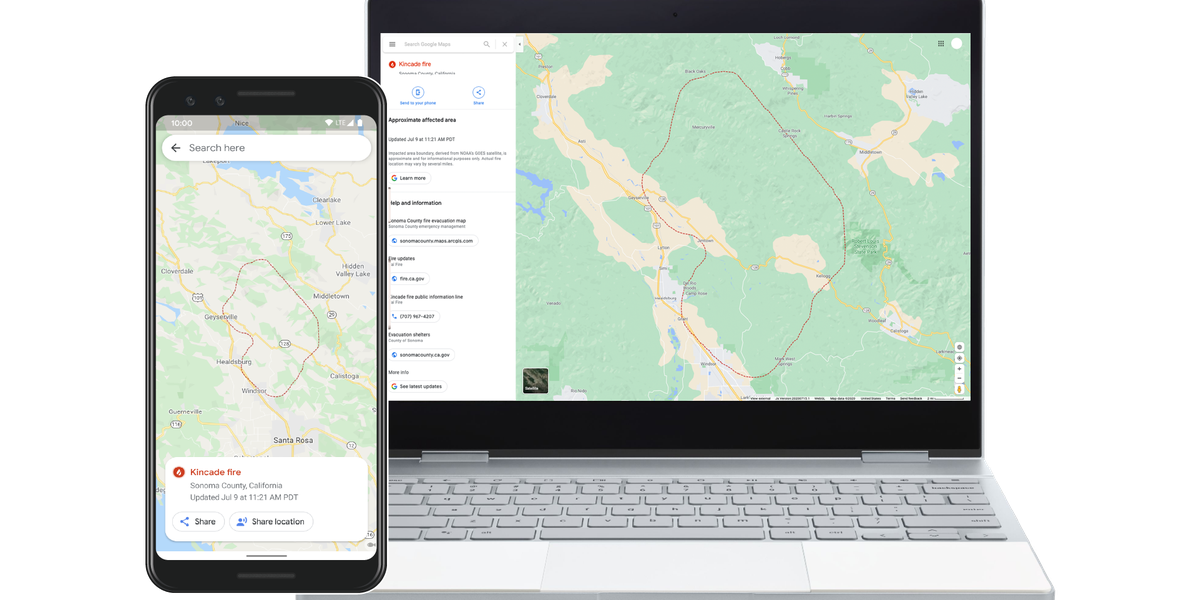 Google Maps is an essential application for millions of Android users in Spain. Google keeps the app constantly updated, as the recent redesign on its more detailed maps as of now. The application continues to work on improvements, such as the new function that promises to be of great help in many areas: real-time fire warnings.This new feature has been testing in California and will be released only in the United States for now. Thanks to Google Maps, users can have information on fires in real-time. Since the application will notify you about the area where they are active. Hopefully, it will soon reach countries like Spain or Portugal, where unfortunately fires in summers are also common.Google Maps also reports on firesWhen searching on Google the name of a fire or area where there is a fire, a map will be displayed in real-time with the progress or route of said fire. This function, as we have mentioned, remains for now in the United States, after being tested in California last year. Google Maps will also give information on roadblocks, in addition to giving directions to use the safest routes and avoid those cuts.

Also, if a search is made near a focus of it, an alert will be issued for the user. Google has wanted to emphasize the importance of obtaining accurate information quickly in case of fires, a problem that many people have faced in the past. Since either there was no updated information or there was too much and badly organized. So this function seeks to make it easier to know about these fires.It is a function that extends the Google Maps alert service, which alerts you in the event of natural disasters in certain areas of the world. In addition to being inspired by situations experienced by Google's vice president of engineering, after a fire in Israel. Google searches about fire will now provide more accurate information, in addition to being able to see the area where it is active on the map in real-time.The function will help both citizens and emergency services, as mentioned from Google. The company hopes to introduce it to Google Maps in other countries shortly, but for now, it will be limited to the United States. An important feature that will help millions of users.