Sony is supposedly also working on a new version of the PlayStation VR, and this time it seems to offer a completely revolutionary design and control change to try to offer us a much more complete virtual reality than we have been taught to date. 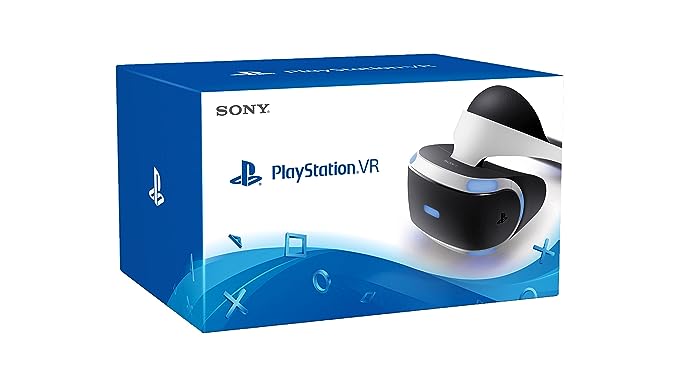 The patent shows us what the controllers of the new PlayStation VR would look like, and it looks like they would allow the player much greater freedom of movement.

PlayStation 5 is in vogue with its imminent release that will be available in our market on November 19 and from which virtually all bookings have already sold out, although the Japanese are likely to re-launch more units for the reserve.

But in addition to worrying about booking one of the few available PS5 units for this Christmas, Sony is supposedly also working on a new version of the PlayStation VR, and this time it seems to offer a completely revolutionary design and control change to try to offer us a much more complete virtual reality than we have been taught to date.

As we told you in our original PlayStation VR analysis, it's a device that offers the first contact with virtual reality but a long way from what the player was expecting. One of the main problems with the current device is that it allows little freedom to the motion user, something that could change if a recent patent materializes on a new device.

The patent has been discovered by Let's Go Digital and shows an evolution of the previous design. The majority change we would see is that right now the camera to plot the user's movement would not be placed on the TV, but would be right on the headphones something that would give us more freedom when it comes to moving.

In addition to being able to move more freely in the room, the device would also change the controller with the presence of even a joystick to handle in the environment. This would cause PlayStation Moves that don't have any virtual movement methods to be deprecated.

In the patent, it is surprising to see the four classic front buttons of PlayStation but located under a very rare formation. These new controllers are likely to have individualized finger tracking that would allow the user to interact much faster with the game or program.

In any case, it is a patent, and as such I could not see the light. If Sony wants to innovate about virtual reality with a new PlayStation VR device, it's going to have to change a lot about it to try to make this niche market popular.
"Lk Techsky is Expertise in covering technology news, reviews, producing quality tech videos, graphic designing, VFX editing, and more..." facebookinstagramlinkedin