Google has significantly improved Google Maps and its augmented reality in dozens of cities, including Spain's Madrid and Barcelona. 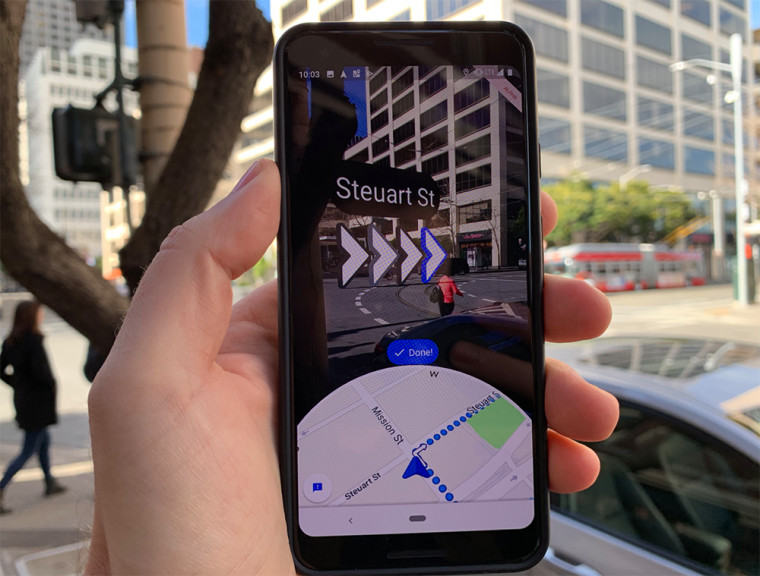 Google Maps has become one of those must-have apps that any user wants to have on their mobile. In Spain, it is reaching great importance not only as a navigational application but also as a discovery of places and premises.

But its main function remains to guide us from one point to another. To do this, the service launched a new feature with which we could follow instructions in augmented reality, something that we have already tried.

Now the company has announced that it improves these functions with the inclusion of new elements, such as posters, better signage of places, etc.

Google Maps Augmented Reality Includes Better Milestones
These places will be better signposted to make it easier for us to get to them. Besides, if we are close to an important building or point, it will be reviewed, even if we do not go towards it, so that it serves as a reference.

Another novelty is the possibility to activate this mode of navigation when we have a walking itinerary within one that includes other means of transport. Thus, if we follow a route that includes a meter and leaves the station on foot, we can activate this view to orient ourselves.

Similarly, you can navigate to the position shared by a friend you've met. And doing it in augmented reality will be much more convenient, of course.

Finally, Google Maps engineers have improved topography within augmented reality to make bookmark localization much more accurate and not from place to wrong, as we can see in the following image.