Battle Palooza, the first battle royale to generate its levels with the help of google maps

Since its inception, Google Maps has served as a great geolocation resource to know places without the need to leave home, as well as orient ourselves in situations where we need to find a specific store or address.

This has been taken into account by developer nWay for the creation of a new game that takes advantage of the features of Google Maps to transform places like San Francisco and Las Vegas into worthy battlefields.

It's Battlepalooza, a mobile-focused battle royale game that will be released on December 10 on iOS and Android platforms.

According to Google, nWay is the first studio to make use of its Google Maps service to introduce cities into one of these games. There is no doubt that Battle Royale continues to occupy a predominant position in the mobile gaming industry.

According to research conducted by Sensor Tower, the top 25 games for this title have managed to raise $3.9 billion in player expenses so far this year.

Initially, Battlepalooza will be released with Las Vegas and then San Francisco, leaving Paris as a third option. Its dynamics are inspired by RPG concepts and MOBAs like League of Legends to make the last player stand out in the game more accessible. 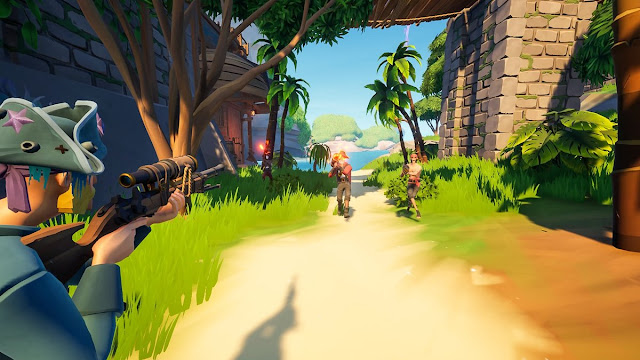 In Battlepolooza you can get a top-down perspective to make it easier to get around the city.

You'll also have items, abilities, and weapons to choose from as a pre-battle step, which can consist of up to 24players, with team modes of 12 squads of 2 players or also 8 groups of 3 players.