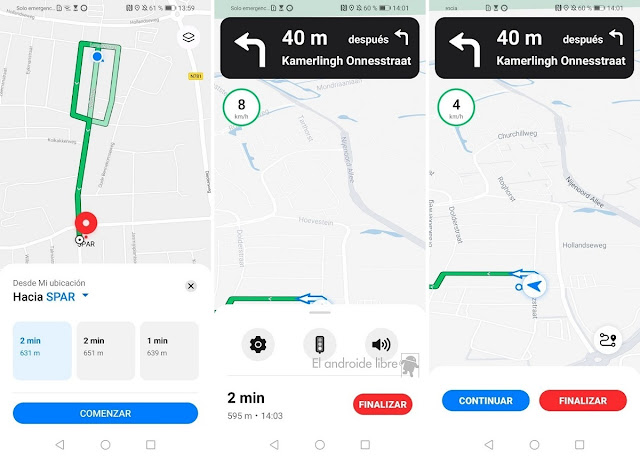 Huawei last week presented two of its own applications designed to replace Google apps on their phones, also in Spain. These apps were Huawei Docs and Petal Maps, which will soon reach users with branded phones. The second of these applications is the brand's alternative to Google Maps and we've been able to try it already.

Petal Maps is a map and navigation app with which Huawei seeks to make users of their phones forget about Google Maps, especially those who do not have Google's services and applications and therefore use HMS Mobile Services. What can we expect from this app?

Petal Maps: with the challenge of replacing Google Maps

In Huawei's AppGallery we find a series of applications designed to replace Google Maps, such as TomTom AmiGO, which we talked about in the summer. Although Huawei itself confirmed that they were going to launch their own app, it finally became official last week at its presentation event. Petal Maps arrives with the complicated challenge of occupying the Google Maps site on Chinese brand phones.

The launch of it has already started in beta form for some phones of the brand, such as the Mate 40, Mate 30 or P40, although those phones with HMS Core 5.0 or higher can use it already. It is hoped that over the weeks it will launch this app to more Huawei and Honor phones officially.

Petal Maps is an application that starts now its journey, which gives us mainly two basic functions: being able to search for sites or addresses on the map and plan routes or navigate. For its operation on the phone, the app needs location permission (GPS) and also an internet connection. At the moment you don't have an option to use it offline as we have on Google Maps. 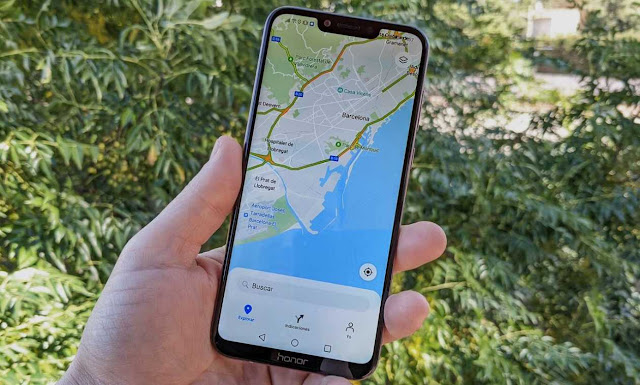 A basic and easy-to-use application

Petal Maps has a very clean and easy to use design. There are no additions to the app, which shows us the map, and a menu at the bottom. In this menu we have a search bar, to enter the site that we want to search. There are also three options: Browse (current mode), Directions (navigation), and Me (your profile and app settings). This simple design allows anyone to use it.

When you want to search for a place in the app, just use that search bar. We can also use it to enter the destination of our trip, for example, if we want to plan our trip to that site. At the moment, the app only shows us the duration times of such car trips. There is currently no possibility to see how long it takes to get to a site by walking or using public transport. The good thing is that it tells us, for example, the status of traffic, as well as the number of traffic lights on a given route, as well as showing several route options when searching for a site. This helps us better plan routes.

When we search for a site on Petal Maps, the application provides us with the essential data of that place: address, contact details and below the name we can see the distance from our location, in addition to mentioning the type of business it is. It doesn't give us as much information as Google Maps, but at least we have the most essential data. Also, we can mark sites as favourites, as well as add one like Home and one as Work, to plan routes with great ease.

When browsing, common data is provided in such an app. It shows us the map and the directions that we have to follow to reach our destination. It also shows the speed at which we move at that time, or drive because it is designed for the car as well as traffic lights. Petal Maps supports voice commands, so you can give commands, for better navigation with the app.

If we pause along the way, we can click Finish and the application will stop that navigation. When it comes to retaking, we can click again on continue and then we will continue with the route we were following at that time. We can also perform such controls with the voice.

An app taking its first steps

Petal Maps is a basic application, in which we miss a multitude of functions, which we have in other applications like Google Maps. Although you have to remember that you are taking your first steps on the market, as it has just been released in beta form. So in future versions, we will see improvements in it, which will allow it to become the alternative to Google Maps that Huawei is looking for. Maybe he'll even become a rival on Android.

This app is already launched for some brand phones, such as the Huawei P40 and P30, as well as the new Mate 40.Its launch in AppGallery has already started for the aforementioned models, but it is expected that these weeks will reach more models of the brand.