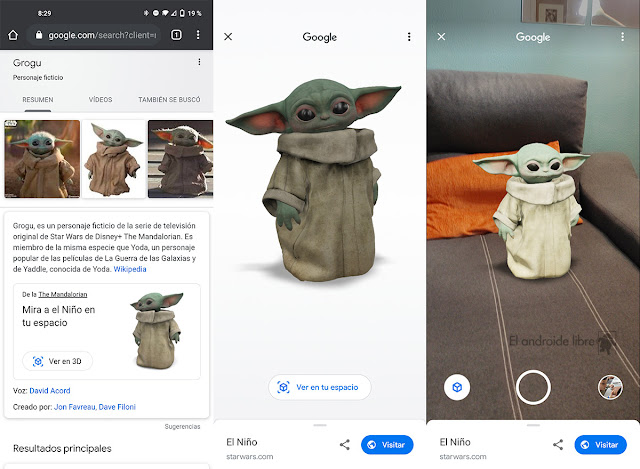 Today it premieres on Disney Plus worldwide, not just in Spain, the last episode of the second season of The Mandalorian, the series that has given a revulsive to the Star Wars universe.

One of the most beloved and charismatic elements of it is group's character, which until not long ago we knew as El Niño (The Child) although most people refer to him as Baby Yoda.

So you can have Baby Yoda in the living room

To further increase the visibility of this character Google has decided to create a search result of it in augmented reality, as it does with animals and other elements, as we have sometimes counted.

To access it we have to have a mobile compatible with AR Core, which is now integrated into Google Play Services. 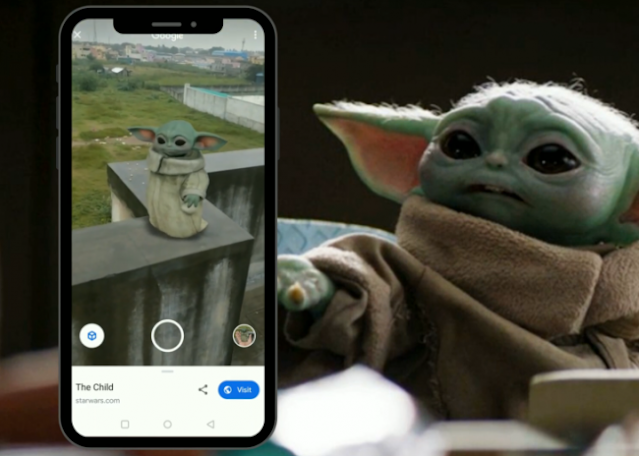 If so, you only have to search the Google website for the word Grogu, or The Child. If we search with El Niño, the result will not appear as the main reference is the Spanish film of 2014.

Once it appears we can do in the browser interface in augmented reality, we can interact with it making it larger or smaller, although by default it appears with the same height as it has in the series.

We can take photos and videos and share them in any application that supports such files.