Google maps will introduce over 100 new features, including ar navigation through interiors

Google Maps has decided to include Artificial Intelligence even more within its core, and as a result we will see more than 100 news this year, 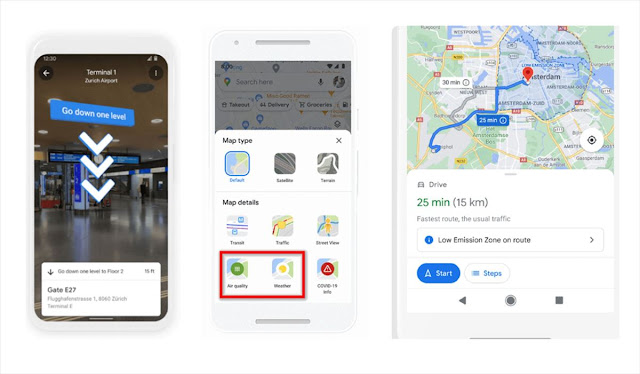 Google Maps has decided to include Artificial Intelligence even more within its core, and as a result, we will see more than 100 news this year, with some more relevant than others.

A post a few hours ago shows some of the most important ones, including navigation with Augmented Reality in indoor environments.

Google Maps users have already used Live View, the arrows that appear on the screen to guide us on the streets of a city. What they want is to take that feature to airports, shopping malls, and other venues where it's easy to get lost.

With the name Indoor Live View, it will take users to elevators, walks, luggage bags, restrooms, and other places of regular use.

Indoor Live View is now available for Android and iOS in some U.S. cities, and within a few months, it will also be available in some hubs in Tokyo and Zurich, gradually expanding to other cities.

They also talk about the new weather layer, from where we can check the temperature and weather conditions of any place at any time. We can even see a new layer of air quality, something possible thanks to a partnership with companies such as The Weather Company, AirNow.gov, and the Central Pollution Board.

We'll see this feature over the next few months on Android and iOS. The weather layer will be available worldwide, while the air quality layer will be released first in Australia, India, and the US. 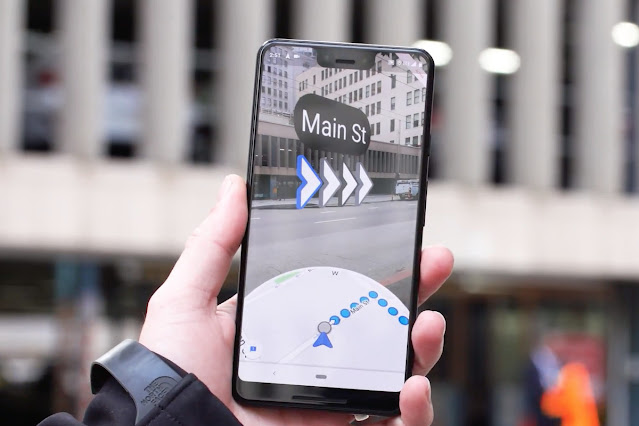 They are also working on defining routes that spend less fuel and will analyze everything from slopes to road traffic congestion. In a short time, Google Maps will default to the route with the lowest carbon footprint, but that will only do so if the arrival time is similar to the fastest, giving option at all times to choose.

Green routes will be launched in the U.S., on Android and iOS, by the end of this year.

In this sense, they are also working on an alert system that helps drivers know if they are entering a low emissions zone, something that we can have in June in Germany, the Netherlands, France, Spain, and the United Kingdom for Android and iOS.

When it comes to sustainable mobility, we will have a complete view of all the routes and modes of transport available, being possible to choose and compare between car, public transport or bicycle, without having to change several tabs. If we choose a mode frequently, in the next suggestions you will remember that mode, adapting the platform to each user. This feature will be implemented worldwide in the coming months, on Android and iOS.