Niantic could be developing his own augmented reality glasses

Niantic seems to be developing his own Augmented Reality glasses.

This was seen by the Ceo of Niantic Labs with the publication of a render of an AR device. Yes, a device that already makes us dream of a new proposal in AR glasses.

Niantic could bet on his own AR glasses

John Hanke, Ceo of Niantic Labs, shared a teaser of an AR device on his Twitter account. If you take a look at the image, you'll see that this device has a lens and speaker. And of course, the name Niantic giving identity to this unknown gadget.

And while you haven't given more details about this product, mention the progress you're making to enable new types of devices that leverage the potential of the platform. Let's remember that Niantic partnered with Qualcomm in 2019 to develop Augmented Reality glasses.

A novelty that was announced in the framework of the Snapdragon Technology Summit 2019:

... present our intentions to run a multi-year collaboration on an integrated design covering the reference hardware of AR glasses, software, and cloud components. [...] At Niantic, we're unlocking the potential to create next-generation RA experiences through Niantic Real World Platform 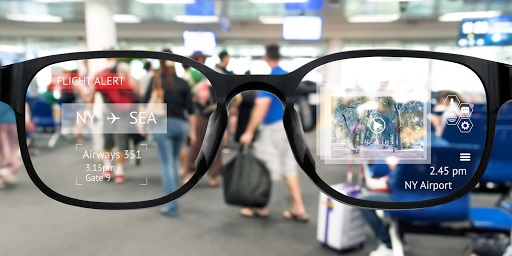 So we may finally see how Niantic bets on its own Augmented Reality hardware. Of course, it's just speculation, we still don't know what strategy Niantic plans to follow with this device. They may be commercial, user-facing AR goggles. Or it may simply be a prototype designed for AR device manufacturers who want to harness the potential of Niantic software.

A strategy that Qualcomm might also be implemented following the development of a mysterious Nintendo Switch-style console, which we mentioned in an earlier article. At the moment, we will have to wait for the Niantic team to provide more details about it.

Exciting to see the progress we’re making to enable new kinds of devices that leverage our platform... pic.twitter.com/yYglk4q89G