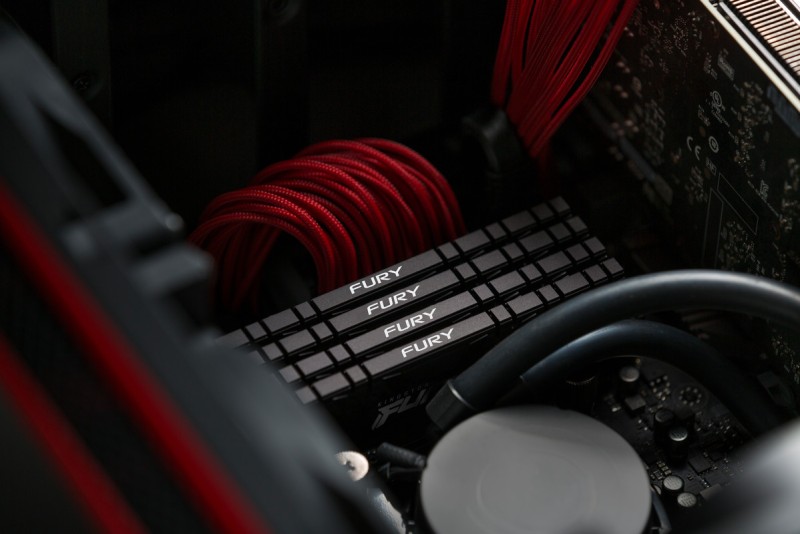 ‎Kingston, which specializes in the production of productive RAM, flash chips, and SSD drives, announced ‎‎three new lines of‎‎ DRAM modules of standard DDR3 and DDR4 under its new brand name Kingston FURY. The main emphasis is on gamers and enthusiasts. In addition, in the third quarter of 2021, DDR5 memory will appear, which has already passed compatibility tests conducted jointly with leading motherboard manufacturers.‎

‎The new product lines are based on products previously manufactured by the HyperX gaming division. It was under the auspices of HyperX that Kingston began producing gaming memory under the FURY brand in 2014, which marked the era of reliable top-end storage systems. Now Kingston has carried out a small rebranding and offers new DRAM solutions under the Kingston FURY brand. However, there are improvements compared to memory from similar HyperX lines: the frequencies are raised to the highest possible level while maintaining low latency.‎

‎It is important to understand that under the HyperX brand, RAM and SSD will no longer be produced.‎

‎It is worth noting that HyperX products were originally produced based on Kingston chips and tested at the company's production facilities, so in fact, little will change for the end-user due to the renaming. And by the way, if you recently bought HyperX FURY RAM, don't worry. Kingston has announced that all warranties for HyperX DRAM, SSD, and flash products will continue to be complied with and resolved by Kingston's worldwide technical support team.‎