It turns out that, in such a distant binary system, it's very difficult to distinguish between two objects. A week ago, news about the discovery of a small black hole found outside the Milky Way, in the Large Magellanic Cloud, reverberated in the scientific community and the media. But now a new study shows that perhaps the object is just an ordinary star. How could astronomers mistake a bright star for an invisible object? Well, this isn't the first time a case like this has happened.

According to the original research, the black hole would be 11 times the mass of our Sun and, with its gravitational field, would exert its influence in the orbit of a companion star of five solar masses. The system is in NGC 1850, a cluster of thousands of stars located about 160,000 light-years away from Earth in the nearby Large Magellanic Cloud galaxy.

It turns out that, in such a distant binary system, it's very difficult to distinguish between two objects. Therefore, all these deductions are made from a very critical calculation: the mass of the main star, which orbits the supposed black hole. The first team assumed it was a normal star and used its colors to determine its mass, which in turn allowed it to calculate other characteristics. But maybe it's not a normal star. 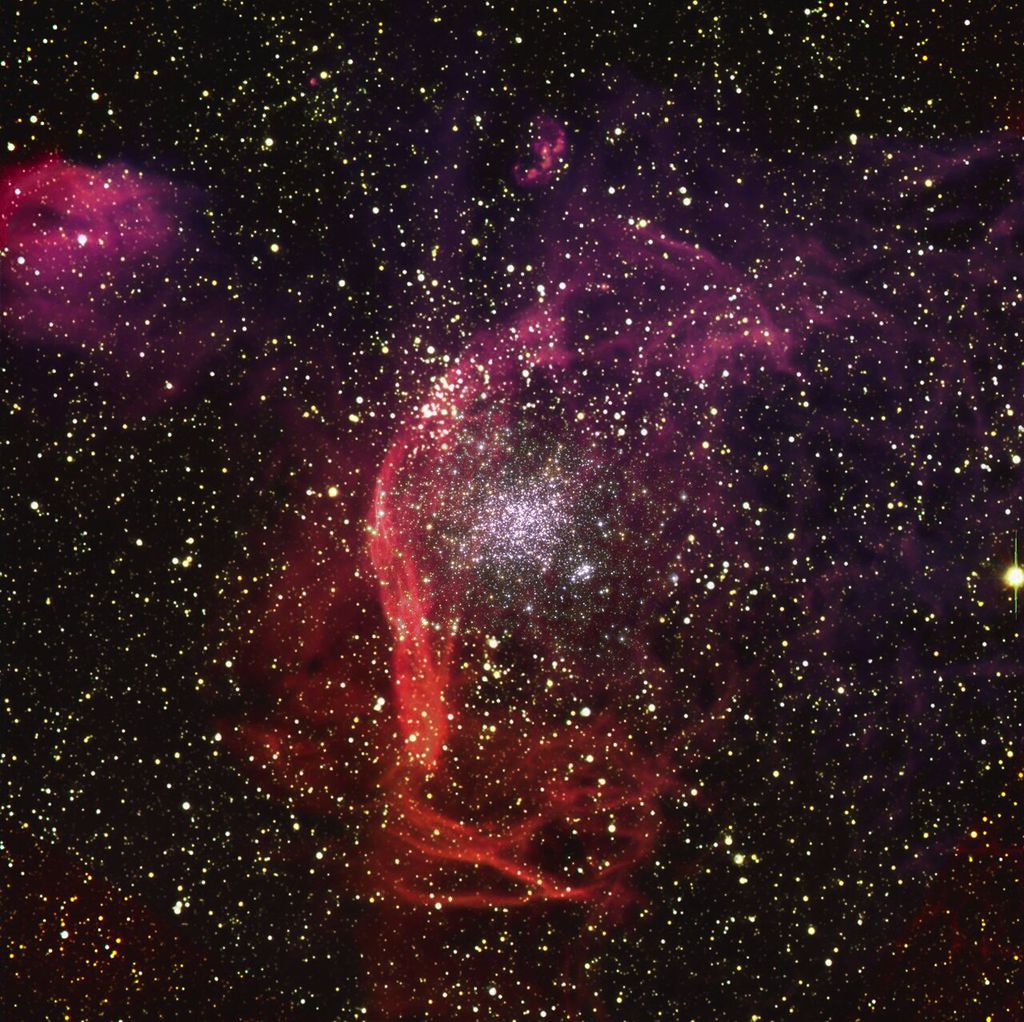 The new study shows that the mass calculation, or rather the method, is probably not correct. The second team used a different method to obtain the primary star's mass, a relationship between its density and its orbital period — which is five days. They also used the star aspect, which takes on a “droplet” shape because the secondary object is “sucking” its matter. The size that this “drop” can be is known as the Roche lobe

Roche's lobe is the region of space around a star where material can remain bound to it. If stellar expansion (in the case of a red giant, for example, whose outer layers expand) exceeds its Roche lobe, material outside the lobe will fall into the other star. By measuring the Roche lobe of the primary star of study, astronomers can obtain the density and radius of the object, which ultimately leads us to its real mass.

That was the approach taken in this new study, and the mass they find is much smaller than the first: 0.65 to 1.65 times the mass of the Sun, not 5 solar masses. This difference can change all other deductions about the system. If the primary star is less massive, then the second must also be, or the measured orbital characteristics would be wrong. Thus, the article points out that the secondary object's mass is 3.5 to 5 solar masses.

While these measurements don't exclude a black hole, they make it much less likely. Furthermore, the black hole should emit X-rays because of the matter of the main star being "devoured". However, almost no X-ray emission was detected. The new explanation makes sense and is more likely, so the possibility that it is a black hole is a little further away from a scientific point of view.