The important space news of the week

The news isn't exactly a surprise at this point, but NASA has officially postponed the Artemis program. According to NASA officials, the lunar landing 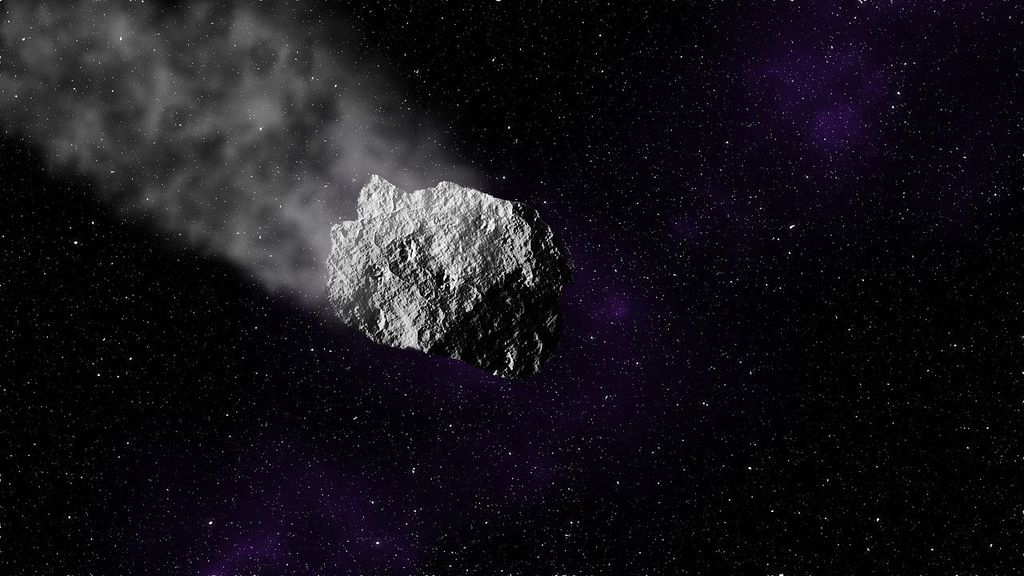 The longest lunar eclipse of this century will happen next week, but we're already preparing for observations —and you can already check out the details of the event in the following lines. In addition, we will receive a "little visit" from an asteroid that will pass near Earth soon. The week also featured discoveries about the core of our galaxy and new mergers of black holes and neutron stars. The bad news is the postponement of the Artemis program, which will take astronauts back to the Moon.

The longest lunar eclipse of the century takes place next week

The following partial lunar eclipse will take place on November 19 and will be the longest of the century — it will be 3:28:23 a.m., according to NASA. If we also consider the penumbral eclipse, which is when the Moon enters a weaker shadow projected by the Earth, it will be 6 hours and 2 minutes before entering the umbra.

This eclipse will be so long that we in South America will not be able to see the entire event because the day will dawn before the Moon leaves the earth's shadow. Weather conditions in the country can also slightly disrupt the visibility of the eclipse, but if you can't see it in your region, you can still track online broadcasts.

An asteroid was close to us on Saturday (13)

The 2004 EU asteroid, discovered in 2004, is passing relatively close to Earth. Using the analogy of a "visit", it is more of a nod outside the gate, since it does not get close enough to pose any danger. The space rock has an estimated diameter of 160 meters and is making greater approximation with our planet this Saturday (13), at a distance equivalent to more than 30 times that between the Earth and the Moon.

Although it is far away, the 2004 EU has entered the list of potentially dangerous objects, because in the future it may come even closer. The question is when this can happen, and there is no impact forecast for this (or any other of the 2,000 potentially dangerous asteroids) in the next 100 years.

The above prediction also holds for the asteroid (163899) 2003 SD220, which will also make a relatively close passage of Earth in December. The space rock will pass almost 14 times the average distance between the Earth and the Moon. It is 800 meters in diameter and astronomers have already captured a picture of him.

"Spoiler" of what the end of the sun will be like in this star 1,370 light-years away

The Sun is 4.6 billion years old and it is estimated that it is still in the middle of its total lifetime. But there are some doubts as to what will happen to him when it is time to become a red giant. It is possible to have an idea by observing similar stars that are already in these last breaths. A new image from the Hubble space telescope shows NGC 2438, a spherical planetary nebula formed by large clouds of gas, ejected by a "dying" star.

The stage at which NGC 2438 is should not last more than 10,000 years (a blink of an eye on the astronomical scale) and is the result of a process similar to what awaits our star: the hydrogen used for nuclear fusion ends, the core will begin to cool and contract, affecting the delicate balance of pressure and gravity and, finally, a kind of shield will involve structure. A large amount of energy will then be released, expanding the outermost layers of the Sun, followed by eruptions, and in the end, what will be left is just a white dwarf.

Cosmic rays, atomic nuclei that have had their electrons ripped out and flow through space almost at the speed of light, cannot reach the nucleus of the Milky Way —but they should. This is because, apparently, there is a kind of "barrier" that prevents these particles from reaching the galactic nucleus, and no one can yet explain how this occurs.

There is indeed a very high-density cloud in this region, but it is not dense enough to block the particles. The energy contained in these electron-devoid nuclei produces light at wavelengths that can pass through the dust, so scientists have concluded that something more mysterious is in action. What's it going to be? We don't know yet.

The solar flares of recent weeks have been intense and have created fabulous auroras that have impressed even astronauts on the International Space Station (ISS). One of them photographed the phenomenon from there, from earth's orbit, and told us that the lights of the aurora exceeded even the altitude of the ISS.

Coronal mass ejections have become a little more intense since late October, firing plasma bubbles into space. The most intense CMEs occurred on November 1st and 2nd, from a sunspot called AR2887, both "cannibalized" by a third CME at the end of Tuesday (2). There was no risk to our planet or the electronic components in orbit.

Gravitational-wave observatories LIGO, Ligo, and KAGRA announced the latest set of detected events, which gathered an incredible 35 collisions between the densest objects in the universe: black holes and neutron stars. The most important thing in this data is that gravitational waves have revealed some objects that may be intermediate-mass black holes, a rare class long sought after by astronomers.

The news isn't exactly a surprise at this point, but NASA has officially postponed the Artemis program. According to NASA officials, the lunar landing will need to be delayed by at least a year and will not occur until 2025. The space agency was already "racing against the clock" and setbacks disrupted the plans.