This milestone means that we are almost halfway through the process of focusing on the equipment. That's because there are seven phases in total, and

NASA completed another step in the James Webb space telescope (JWST) mirror alignment process on Friday, 25. With this, the agency was able to produce this image of a single star.

In other words, the telescope's 18 individual primary mirror segments were aligned and engineers were able to gather the light reflected by each set of six mirrors to the same location on the NIRCam sensor. Thus, the final image is the result of the overlap of the light points of the 18 mirror segments.

This milestone means that we are almost halfway through the process of focusing on the equipment. That's because there are seven phases in total, and the agency has completed the second and third phases, called "Segment Alignment" and "Image Stacking." 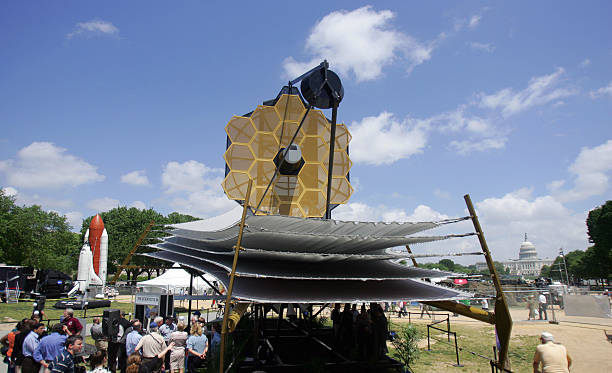 "We still have work to do, but we're increasingly satisfied with the results we're seeing," said Lee Feinberg, Webb's Optical Telescope Elements Manager at NASA's Goddard Space Flight Center. "Years of planning and testing are paying dividends, and the team couldn't be more excited to see what the coming weeks and months bring," he concluded.

Although NASA has been successful in gathering all the points of light in the NIRCam sensor, the mirror segments are still acting like 18 small telescopes. Now, the team will need to make adjustments with less accuracy than the wavelength of light in the segments to make this star even sharper.

From now on, the agency begins the fourth phase of mirror alignment, known as the "Coarse Phase". In this step, NIRCam is used to capture light spectra from 20 separate pairs of mirror segments.

This helps the team identify and correct the vertical offset between mirror segments or small differences in their heights. This will make the star's only point of light progressively sharper and more focused in the coming weeks.

"To work together, as a single mirror, the telescope's 18 primary mirror segments need to compare to a fraction of a wavelength of light —approximately 50 nanometers," the agency explained earlier.