Can Google Nest speaker work with Alexa? : a choice between Alexa and Google

See the comparison between the 4th Generation Echo and Google Nest Audio to find out which one to choose.

Amazon Echo (4th Generation) or Google Nest Audio. What will be the best smart speaker to control the connected home and listen to music with the high sound quality?

Basically, the choice is between having Alexa or Google Assistant. But there are some other details between the two products, which go through the visual and go to the sound system, which is only stereo in one of them.

See the comparison between the 4th Generation Echo and Google Nest Audio to find out which one to choose. 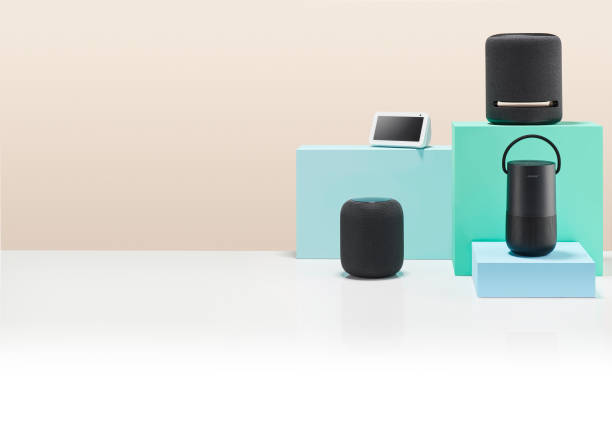 The two smart speakers are built with plastic and fabric finish. There is a variation in the amount of plastic and recycled fabric in each model. The bases are rubberized, which prevents the device from slipping on the surface on which you position them.

The 4th generation Echo is on sale in Brazil in three color options: blue, white, or black. Nest Audio, which has multiple colors in the U.S., has arrived here in just two options, chalk or charcoal —also known as white or black.

You'll find volume, action buttons, and turn the microphone on/off at the top of the Amazon product. Below, on the base, an LED light lights up when the device is active.

The Google model has touch volume buttons on the sides, four LED dots in the center to inform activity, and a key on the back to control the microphone. At the top, is a third touch control, which serves to pause or continue playing a song.

Visually, Echo 4 and Nest Audio look nothing like anything. The Amazon speaker is a kind of ball with only a straight base. Google has a rectangular shape with rounded edges.

Therefore, despite having a smaller depth and width than its competitor, Nest Audio is taller. And it's also heavier, with about 300 grams more than the Echo. Not that weight makes much difference, as both need to be connected to a power source all the time to function.

Amazon doesn't tell you which processor your Echo devices use, but that's not necessarily a problem. After all, all a speaker needs to do is process command and get the answer in the cloud. And this both Echo 4 and Nest Audio do with good accuracy and speed.

For those who have Android phones, Google Nest Audio may be a better option because of its automatic integration with the smartphone. After all, you already have Google Home installed, so you can set up and control the speaker quickly.

In case you choose Amazon Echo, you just need to install the Alexa app, which is free and doesn't weigh too much on your phone. With it, you can also configure the smart speaker and compatible devices.

Both echo 4 and Nest Audio have a connector for the power supply on the back and need to be plugged in at all times.

There's no built-in battery in either model, but that's not a problem since they need wi-fi plugged into work.

And speaking of which, connectivity to home networks includes the 2.4 GHz and 5 GHz frequencies in both. And they are also compatible with other Bluetooth devices, allowing you to connect other speakers directly to them, and thereby extend the range of sound.

An advantage to the 4th generation Echo is the presence of a 3.5 mm connector for headphones or other speakers. On the other hand, Nest Audio supports Chromecast mode, which plays sound from your phone right on the speaker.

Here we come to the most important point of these devices: audio. Right away, there's a crucial difference between the two, which is the Echo 4 stereo sound system and Nest Audio's mono sound system.

This makes a considerable difference in audio perception, which seems a little more stuffy on Google's device, even with speakers of similar size.

The presence of a 76 mm woofer ensures good playback of medium and bass sounds, while tweeters are in charge of the treble.

And that's what makes the difference. Nest Audio has a 75 mm woofer, which offers pretty much the same bass and medium quality. However, a single 19mm tweeter can't deliver the stereo audio feel like echo's 20mm tweeter duo.

Microphones ensure smart speakers hear your controller from a good distance from them—as long as you're in the same environment.

Both have an easy way to turn off the microphone to ensure your privacy. In echo, there's a button at the top. In Nest Audio, you can find a physical key in the back.

Echo 4 vs Nest Audio: what's it worth?

The only major difference between the 4th generation Echo and Nest Audio is stereo sound, available only in the first. Moreover, you have to make only one choice that can greatly affect the use of the device in everyday life: the virtual assistant.

If you prefer Alexa, there's not much to escape from Echo 4. But if you want to leave control of your smart home and help with organizing your calendar and important day-to-day information with Google Assistant, you'll have to bet on Nest Audio.

Moreover, you have a good sound set in both, with woofers and tweeters that separate the bass sounds well from the treble, avoiding distortions. Connectivity is also very similar.

And then there are the prices. The 4th generation Echo typically costs $699, but you can expect one-off offers from Amazon to get a discount. He has already spent $ 549 on Amazon Prime Day 2021, for example.