The experience will still be enhanced with the use of a stylus pen. The new Android will allow your hand to rest on the screen without being identifie

At its event Google I/O 2022, held on the afternoon of Wednesday (11), the search giant announced the new version of its operating system for mobile devices: Android 13.

The new software comes with a number of novelties compared to the predecessor, from its look to the presence of more security features. TudoCelular accompanied the presentation and tells you the highlights.

Android 13 will focus on delivering greater user customization. Within the Material You design, the person can switch to a series of pre-selected color variations, which will adapt the entire phone interface.

The custom theme of shades will go beyond Google's own applications. By enabling the "Themed Icons" option in the settings, all supported apps will also match the colors of the smartphone.

The new version of the operating system will also feature a new media control, which has adapted visuals based on the music you are listening to, with the album art referring to the song.

To top it off, the resources also include multilingual language preferences. In this way, you can use social networks in one language, but the bank in another, for example.

Security was another topic well addressed for Android 13. The platform aims to give you more control over what personal information the user shares, as well as details about which files your applications can access.

Now, instead of giving generic permission to "Archives and Media," the system will create two new categories to control access: "Photos & Videos" and "Music & Audio." You'll still have the ability to make the selection more specific by defining which images are allowed or not.

The operating system will give greater management of notifications. Apps will need your permission before they send you any notification. The number of apps with access to your location will also be decreased.

There will also be a unified settings page called "Security & Privacy" on Android 13, to centralize all options for your security, as well as give guidance and measures to increase the protection of your data. 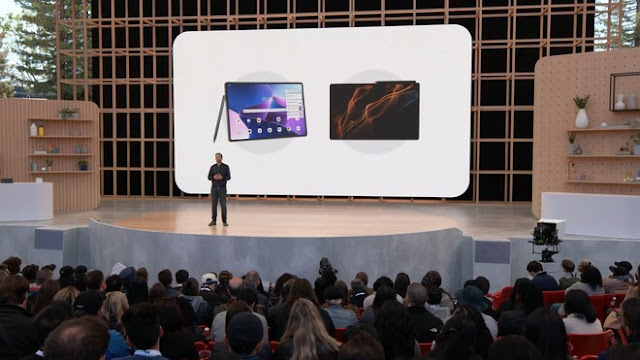 Android 13 will also take advantage of layout optimizations for larger devices introduced by Android 12L to bring better multitasking capabilities to tablets. These devices will have an updated taskbar, to change the view to a split-screen, by dragging and dropping any second application from the library on the display.

The experience will still be enhanced with the use of a stylus pen. The new Android will allow your hand to rest on the screen without being identified as the accessory involuntarily.

Android 13 is currently available in its second beta. It is expected to arrive in its definitive version of pixel line smartphones in the second half of 2022.

So, what did you think of the new edition of Google's operating system? Participate console!